Today is the longest day of the year! Get your sunscreen ready. 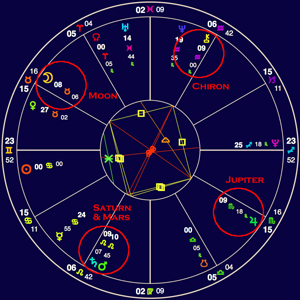 In case you missed it: June 21st is the summer solstice.

A solstice is an astronomical event that happens twice each year, when the tilt of the Earth’s axis is most inclined toward or away from the Sun, causing the Sun’s apparent position in the sky to reach its northernmost or southernmost extreme. The name is derived from the Latin sol (sun) and sistere (to stand still), because at the solstices, the Sun stands still in declination; that is, the apparent movement of the Sun’s path north or south comes to a stop before reversing direction.

Of the many ways in which solstice can be defined, one of the most common (and perhaps most easily understood) is by the astronomical phenomenon for which it is named, which is readily observable by anyone on Earth: a “sun-standing.” This modern scientific word descends from a Latin scientific word in use in the late Roman republic of the 1st century BC: solstitium. Pliny uses it a number of times in his Natural History with the same meaning that it has today. It contains two Latin-language segments, sol, “sun”, and -stitium, “stoppage.” The Romans used “standing” to refer to a component of the relative velocity of the Sun as it is observed in the sky. Relative velocity is the motion of an object from the point of view of an observer in a frame of reference. From a fixed position on the ground, the sun appears to orbit around the Earth.

Here are some great, fun facts about the summer solstice: